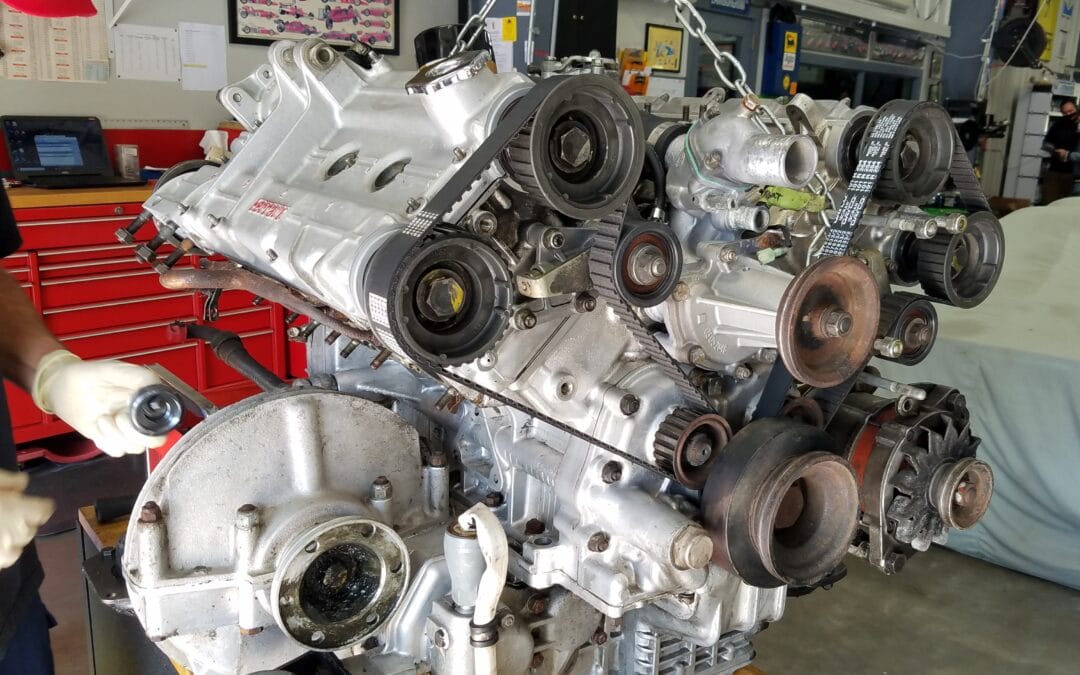 In the 1970s Ferrari began producing engines with external timing belts instead of internal timing chains. This includes the Ferrari Boxer, the Ferrari Testarossa, the 308, the 348, the Ferrari 355.  Every 5 years Ferrari recommends a major service, which includes changing the 2 engine timing belts. The major service requires removing the engine from the car, until Ferrari came out with the 360 and later models. The timing belts must be changed periodically because as they age they deteriorate. The goal is to change them before they break or even stretch which affects timing and can even destroy the engine. 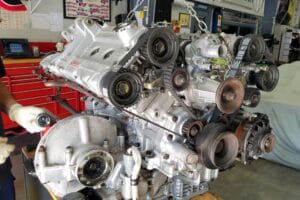 Removing the engine enables access to replace the old timing belts. However on the 308 model, the air conditioning compressor must also be disassembled, a slightly time consuming process that takes a few hours and adds to the cost of the job.  Our advice to you is to always request to have your old parts returned to you, or at least be provided for examination. This engine narrowly escaped a catastrophic event when a belt stretched, jumping time, and bending some valves. All 4 valves have been replaced on one bank. The owner is very lucky because the entire engine could have been destroyed. 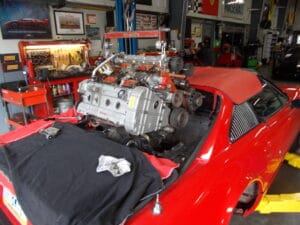 Faint marks show where valves were contacting the pistons

Upon examining the belts, we determined that one of the belts was not changed during the previous major service, possibly to avoid the extra labor to take the AC compressor out. The old adage ‘you get what you pay for’ applies. Sometimes a great price on a car repair quote comes at a cost. Make sure the timing bearings are changed,too. The major service typically requires 40 hours to perform and is an excellent job postponed until the winter months after the driving season.

Ferrari Lamborghini Service No job too big or too small